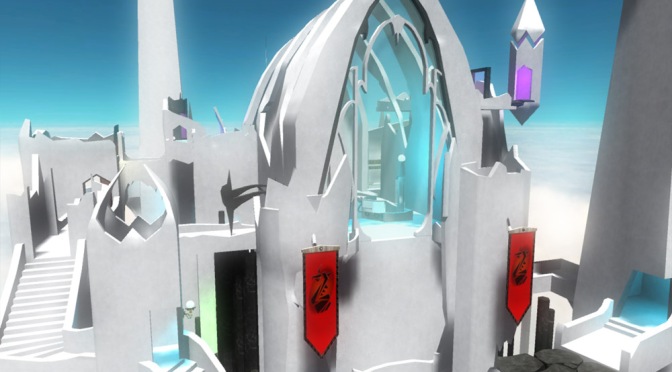 Way back when I started this thing, back when XBLIG was still drawing some interest from Xbox 360 owners, I used to lament the lack of multiplayer support in some games. I was convinced1 that if developers chose to implement online features in games where it made sense, that it might turn around the service and give fence-sitters a reason to take a second look at XBLIG. Now skip ahead four-plus years, and here I am playing Wizard Rage ($1.00), wishing the game had an offline option. How’s that for irony?

Wizard Rage is an FPS that drops bullets from the killing menu and adds spells (because you’re a wizard, Harry!), where Xbox avatars comprise the combatants, using three different character classes to wage war against up to eight others online. And only online. That part’s important. Minus the ability to move around the gorgeous map and test out your wizarding skills— ahem, on walls and floors and such— there is no option to skirmish against any A.I.

The trio of classes to choose from offers you a decent amount of variety; the Warlock’s fireball-based spells pack a punch (at the expense of slower reloads), a Sorcerer can teleport and find targets through walls, while the Necromancer summons copies of itself to act as decoys and launches lighting bolts. No one class has a clear advantage over another2, enabling you to swap between play styles and spell types as you wish.

The map itself amplifies that approach to spontaneity, with claustrophobic stairways opening up into wider foyers and rooms. You can set traps or wall off certain areas to play defense, or rush in for the kill and then quickly teleport out of trouble. Performance-wise, the game did stutter a little when too much action was taking place on-screen, but that’s minor compared to the difficulty of finding others online to play with.

Much like other multiplayer-only games before it, your mileage with Wizard Rage will vary. The game is fun when you manage to rope a friend or two into the mix, but without that (and XBLIG’s non-existent community), you’ll never be able to even play the game in a social setting, let alone appreciate it. Four years ago, things might have been very different for Wizard Rage. Now, you might have to skip it based solely on reality. And that is a shame.