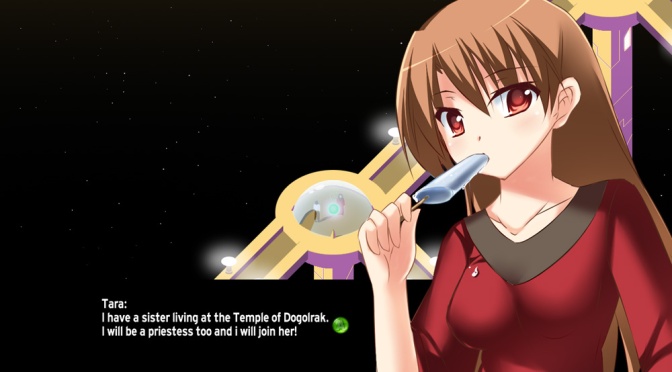 Having already taken the plunge into Team Shuriken games previously, I had a little less inhibition, more trepidation this time around. I knew the enormity of my task, and I figured, what the hell, another scar on the prefrontal cortex of my brain can’t hurt at this point. Nonetheless, I am a virgin to Temple of Dogolrak 2 (80 MSP), having missed out on the first episode, renowned for its contributions to the world of vaginal artwork. 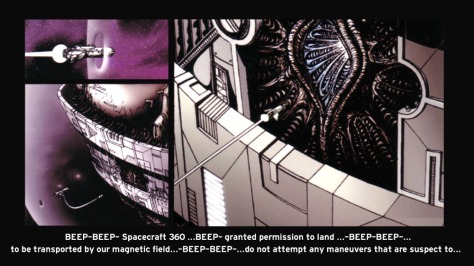 While the imagery may not be as blatant in the sequel, the objective is the same as always; a choose-your-adventure story with a de-emphasis on ‘choice’, ‘adventure’, and ‘story’. The continuing plot finds your character of Archibaldo trying to escape an all-female monastery that predictably supplies the requisite eye candy. And you’ll be able to fully enjoy that, as there’s no demand or challenge thrust upon you. For choosing an interactive medium like videogames, it’s continually entertaining how these games treat interactivity merely as ‘dressing’ to the dressing. 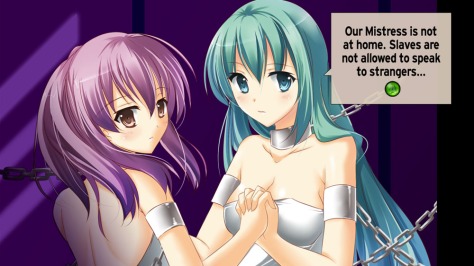 The ‘gameplay’ here will leave you bored stiff (oh, the puns!), a myriad of trial-and-error one-button moves and ‘choices’ that eventually winds into a ‘To be continued…’ …after just ten minutes. Not that you could have expected a complex plot, hours upon hours of replayability, or anything close to originality from Team Shuriken, but six hundred seconds of banality for a buck can’t be anyone’s idea of a good time. And the letdowns continue. Given that most of this game’s audience comes (puns!) for stuff like the above picture, Temple of Dogolrak 2 is strangely bereft of the usual hentai-ish teasing.

I’ve always treated this site as a hobby, a group of opinions that you’re free to dismiss or agree with, so it’s rare I’d outright insist on using the platform as a bugle for a public service announcement. Temple of Dogolrak 2 marks one such instance, and I have a nagging suspicion I’ll be forced to do it again in the future. You can’t see me now, but I’m wearing a hard hat and reflective vest, frantically flagging your MSP to head in the opposite direction. Not only should you shield your dollar’s innocent eyes from its vulgarities, but place a chastity money clip over the bills in your wallet as well. The more protection the better. Avoid, again.