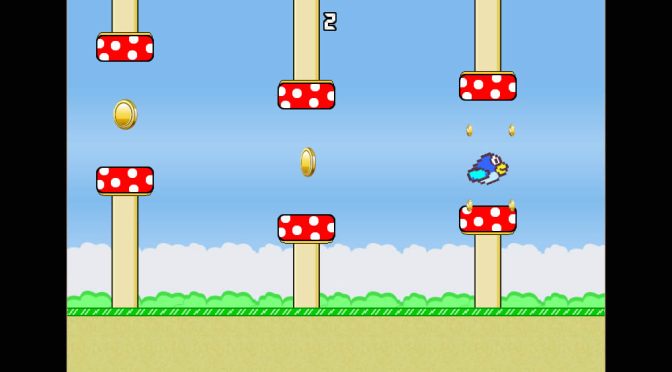 I know what you’re thinking. Most of the Flappy Bird ire and / or love has died down by now, so why bother with the (literally) hundreds of clones spread across every possible videogame medium? Like 2013’s flash-in-a-pan Harlem Shake videos, there’s only so many videos of ‘somebody humping something to a soundtrack’ that you can watch before the police get called. Such is the case with Dong Nguyen and his Flappy Bird phenomenon. Well, minus the humping, at least, although I wouldn’t be surprised if a video like it exists somewhere. This is the internet.

And like any good internet-driven bandwagon, XBLIG and its eclectic cast of developers has seen fit to grace the channel with seven ‘clones of a clone’ thus far, with many more to follow (I hope not, but hope is just a band-aid you put over despair). There’s undoubtedly a group of people that are still interested in the phenomenon. So, it falls to me to steer you towards the better versions and guide you away from the worst offenders.

Since this is less of a review, and more of a catch-all ‘impression’ of each game, I’ll simply label the results with a PASS (not worth the time), TRIAL (okay), or BUY (good). Of course, if any of these games strike your fancy, you’d do better to download them and see for yourself. For everyone else watching from the nest, on with the show. 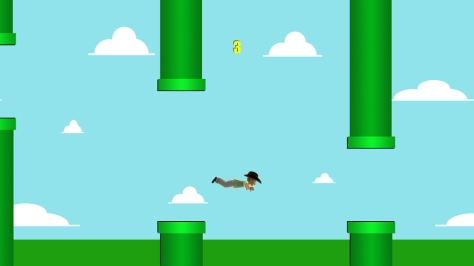 FlappyAvatar ($1.00), from AztecGames has one thing going for it that all the other ‘Flappy’ clones (but one other) do not; the ability to use your avatar. If you ever wanted to see what your Xbox doppelganger would look like flying through green tubes, FlappyAvatar is that chance personified. It’s also one of the ‘easier’ clones to control, as even though the gaps between tubes get smaller and start to move, you can maintain pretty effective control over your Flap-atar (bad joke, I’m aware).

Verdict: PASS. It has Online Leaderboards, and follows the ‘Flap’ formula slightly, but its lone mode is unexciting.

Flappy Feathers ($1.00), by developer RicolaVG, is one of the more ‘authentic’ Flappy-likes, in that it looks and plays similar to the original format. That’s both good and bad, the bad part being you’ll feel the same frustration when crashing into the obstacle mushrooms (no tubes here). The full version features an ‘inverse’ mode, but that’s ridiculous. Who would want to invert the controls and run the course backwards? No one’s hands are raised? I thought so.

Verdict: TRIAL. Authentic look and feel to the original game, but no Online Leaderboards or other (serious) modes. 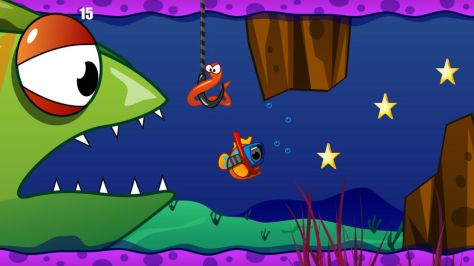 Flupp the Fish ($1.00) from EntwicklerX throws traditional ‘Flappy’ conventions out the window and opts for fish-based flapping. In addition to the standard ‘Survive’ setting, you have a ‘Escape’ mode that requires you to avoid obstacles and not get eaten by a giant fish pursuing you, and a ‘Rush’ mode where you drive a car (a fish, driving a vehicle underwater, yes), collecting coins and jumping out of the way of stationary enemies and potholes. Hmm, unexpected.

Verdict: PASS. The additional modes are neat… on paper and in theory. In-game, they play roughly the same and have a terrible ‘feel’ to the controls. 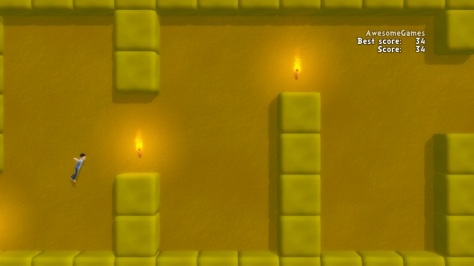 Flapping Avatars ($1.00), from AwesomeGamesStudio, also uses your avatar as a stand-in for a bird. But not really a ‘bird’. You see, you’re not really flying here. You’re running, and jumping through obstacles. As such, the control scheme doesn’t match up to what you’d expect. So, that shouldn’t really qualify this as a Flappy Bird clone, right?

Verdict: PASS. Not exactly a clone, and the lack of additional options and online leaderboards makes this one a bust. 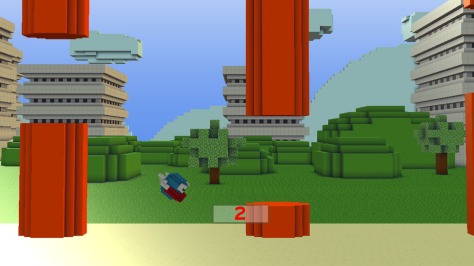 Flappy Wrecker ($1.00) comes from Team Shuriken, makers of not-so-fine boob games and challenging boob platformers. Here, they use their voxel engine from the Uncraft Me! series to recreate ‘Flappy Bird’. It does contain a helpful ‘Fucking Destroy Everythiiiiiiing!!!’ secondary mode that gives you a wrecking truck to ram through all the obstacles and various birds. Not very polite or bird-friendly, but very therapeutic. 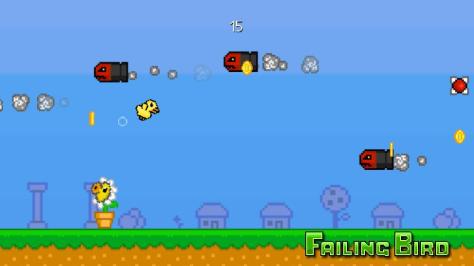 Failing Bird ($1.00) by Gamefarm, carries with it a similar look and feel to the source material, as well as the not-so-subtle theft (Bullet Bills abound). There’s plenty of varied hazards here, giving it more of a refreshing challenge upon repeated plays. You also have to appreciate a developer that comes right out and tells you all the money you waste on this title will be spent on other, serious endeavors.

Verdict: TRIAL. Four player co-op (local) and online leaderboards puts this one on par with Little Flappers, making it the closest to a BUY from this bunch.

So, what have we learned from this extended exercise? Only a handful of these Flappy Bird clones are really worth a trial, and even then, it’s going to come down to available features and which game feels the most ‘comfortable’ to you. For me, playing through all of these games reinforces my argument that Little Flappers (REVIEW) is still the best Flappy Bird clone on XBLIG, with Failing Bird coming in at a close second. Do what you will with these assessments.

At any rate, it’s been a long, lost weekend flying around (and boy are my arms tired!), so let’s consider the argument settled. You hear me, XBLIG? No more flying, swimming, or running birds… or bird men… or fish posing awkwardly as birds… please?