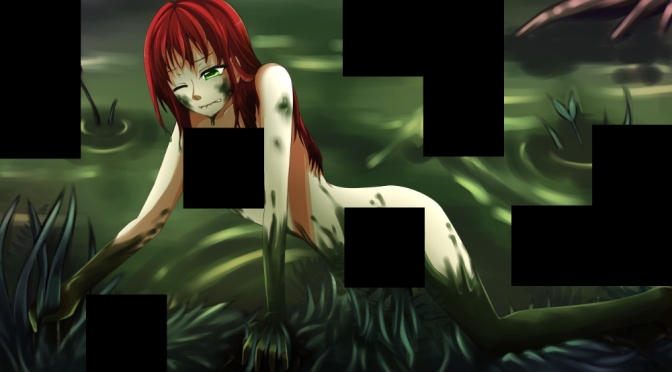 Boob Games come in all different shapes and sizes, and not all of them are created equal. For years, I’ve been lambasting their developers to stop with all the superficial ploys and the money grabs, hoping that someday, someone would listen and release a product that could transcend the mediocrity the skin genre is known for. Well, friends, today is that sought-after day, and Banana Bananza ($1.00) is the fantastic answer to that plea. It is a boob game, yes, but one with heart and incredible depth of character, a serious achievement for the medium and an instant leaderboard add.

That can’t be right. Hell no! No way! What I should say is April Fools! and OMG, you guys, Banana Bananza is terrible. Just awful, predatory stuff, and I wrote this review purely to stamp a ‘PLEASE KIDS, DO NOT BUY THIS’ all over it. See that screenshot above? Without hyperbole, you are paying one US dollar (or the equivalent in your local currency) to uncover the bottom half of that picture. Spoiler: It’s girls posing suggestively with bananas. Wow, who saw that coming?

Oh, I suppose I should say it’s not a total fraud. You do get a ‘banana’ counter mini-game of sorts, where you can jam on the ‘A’ button to earn bananas, or spend your accumulated fruits on other, banana-producing ‘machines’ …like a tree. …Or a farm. It’s hardly exhilarating, and honestly, you could get more fun out of playing with the calculator app on your iPhone. Worse? Partaking in this minigame nets you nothing. Nothing. You simply gain more bananas. That’s epic.

Even ‘Slime Girl’ below is sad to be a veteran of this travesty, having been used in the last three projects from Fusion Gaming (time for some new art, guys). Sure, she’s fictional, and makes questionable decisions (going naked in the swamp is not a good plan), but imagine this for your legacy: being attached to Banana Bananza. Girl, nobody is going to want to add you to their LinkedIn profile, save for the ladies from Snowfall, maybe. 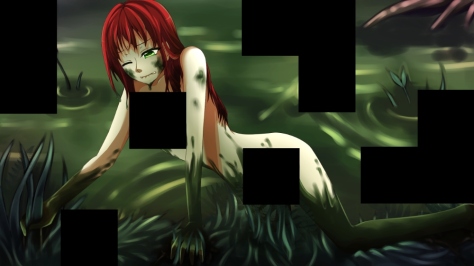 She looks like I feel after playing this game.

There’s bad games, there’s boob games, and then there’s games that should never have existed. Banana Bananza has a lifetime membership to that club. The next stranger you cross paths with, I want you to hand them a dollar. You should feel some disappointment with yourself at being a little more broke, but I’m doing you a favor. You’d be ‘paying it forward’ (thanks Haley Joel Osment), and anything is better than downloading this worthless bilge.

EDIT 4/3: Banana Bananza has been taken off the marketplace. Not that I’ll shed a tear if it never returns, but, apparently, you can’t have cover art with a suggestive image of women with banana dicks. Also there was some glitch in the Matrix that allowed you to purchase it, but the game file was corrupted. Bottom line: You and I are much better off without it.