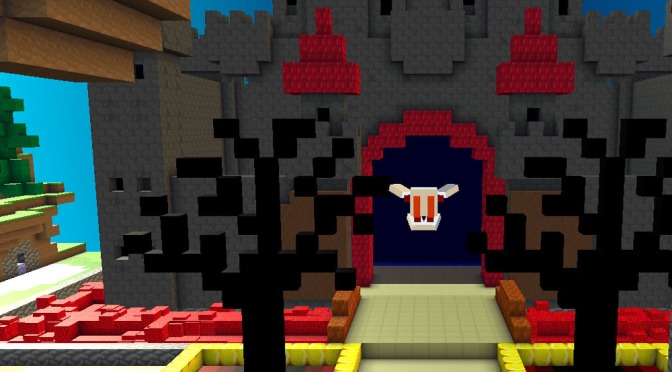 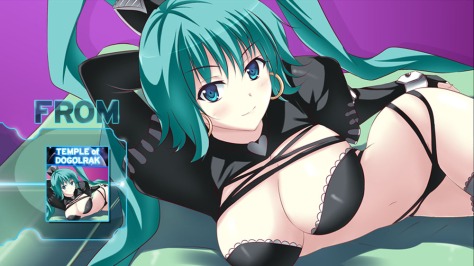 Ugh, don’t remind me of that game.

Not that the series needs any drastic changes to be successful. Its brand of punisher-platforming, which sees a small, square lad (and a jetpack with limited fuel) jumping and flying through dozens of lava-lined hallways and other hazards, functions well enough. Of course, it’s intentions are to kill you hundreds of times over and tease you with the promise of girls and above-average breast sizes, but the controls and the design are generally well-done.

Uncraft’Em All is no exception to the rule. It contains an impressive-sounding 24 stages, all of which will need to be carefully navigated by you in order to ‘rescue’ a fair maiden held captive at the end of the run. They’re split between four difficulty settings that range from easy to OMG F-UUUUU! hard, and you can tackle them in any order that you choose. However, all of these levels are shorter than the ones featured in previous games (no checkpoints needed), and the girls (the true focal point and your reason for being here, natch) are a ‘sloppy seconds’ of sorts, having all appeared in previous games from developer Team Shuriken’s skintastic oeuvre.

You hear that? That’s the audible, disappointed sigh of a thousand young men who were hoping for an all-new set of women to ‘uncraft’. Life is full of disappointments. Still, while the ladies may have not changed, the levels themselves do provide the requisite amounts of challenge and frustration2 (the profanity-laden vocal track that accompanies each of your failures is still as applicable as ever) the punisher genre is known for.

That said, Uncraft’Em All is like any other Uncraft Me! game you’ve played before, just more of it. That’s not a bad thing, especially if you enjoyed the first two titles, but that also means it’s a retread. And with a new game, Uncraft World, coming to Steam in 2015, this one feels more like a  ahem, celebratory— victory lap around XBLIG, thanking its feverish fans for their support, an appetizer to a main dish that will be served elsewhere.

4 thoughts on “REVIEW: Uncraft’Em All”