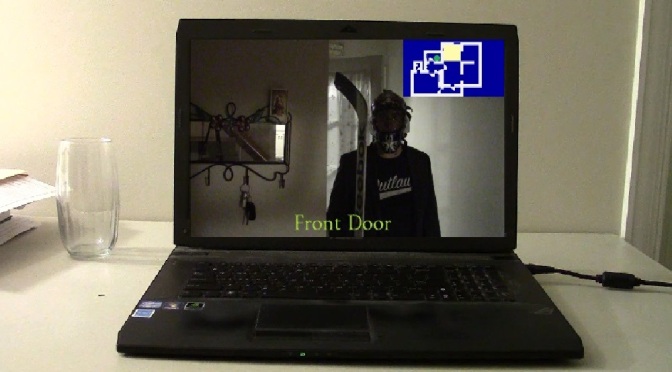 Third time is the charm for developer Chris Antoni, so far as timing his new releases, that is. While Santa Slay missed the (calendar) mark by a considerable margin, One Night Two Crazies ($1.00) is rather right on target. With Halloween just over two weeks away, the developer’s latest is a pretty simple— and pretty scary— game that brilliantly preys upon some of our worst thoughts and fears. 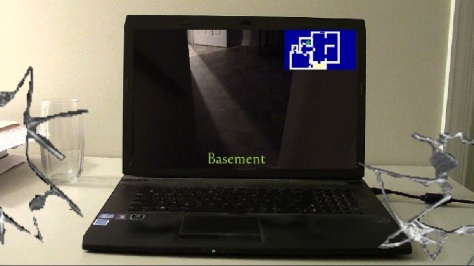 Albeit in a very familiar way. The ‘FMV Horror’ genre is nothing new, and the ground it covers is well-tread. Put a bunch of creepy people and dimly-lit VHS scenes together, give your protagonist little to no means of fighting back against said creeps, and your recipe is nearly complete. One Night Two Crazies does just that, placing ‘you’ at a desk in a seemingly-empty house, testing out a newly-installed security system. This entails you watching the monitor and a series of camera feeds, as first one, then two, crazies, infiltrate your home and make their way to your bedroom. The objective is to survive each ‘night’, which lasts two minutes1 before security kicks in.

Your only means of tracking the intruders comes from spotting them on the cameras via still shots, either hiding in plain sight, or sometimes trying a little harder to avoid detection. Fail to keep an eye on them, or forget to periodically check the hallway, and you can guess how this ends for you. Luckily, you do have some defensive measures. And by some, I mean one. You can shut your door. That’s right. If ever you are faced with a life and death situation in your home, just close your door. The bad guys will just give up2.

Of course, it’s not that simple. While looking out into the hall and / or holding the door shut does grant you a temporary reprieve, peace of mind, and plenty of freaky ‘near-misses’, it comes with the unfortunate cost of losing a bit of your ‘sanity’ in trade. Visual cues on-screen will alert you of your deteriorating mental condition. Lose your mind entirely, and you’ll be ‘frozen’ in place, unable to move or protect yourself. This back and forth system of overwatch— and a bit of luck— is vital to your success and nightly survival. 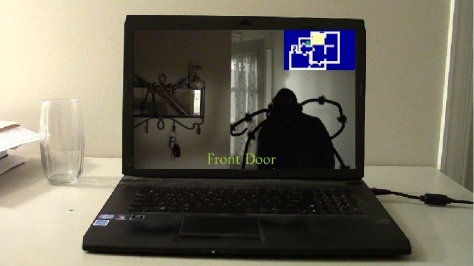 While it starts to feel like trial and error after awhile, the game does an effective job at creating unease, despite its ‘low budget’ acting and feel3. A man in a hockey mask, and another in a homemade spider costume are hardly scary on their own, more cheesy and campy than anything. That said, the way these two characters stalk you does create palpable tension, with you following their paths when you can, and trying to guess where they are in the house when you can’t.

Subsequent nights add to the challenge, taking out cameras, say, or adding a second assailant to the mix. And that’s the extent of it. One Night Two Crazies doesn’t do too much beyond what you’ve seen from the genre before, but its timely release, and the easy ability to create a sense of dread every playthrough, do more than enough to justify the cost of admission. Now, if you’ll excuse me, I’m off to check my locks.