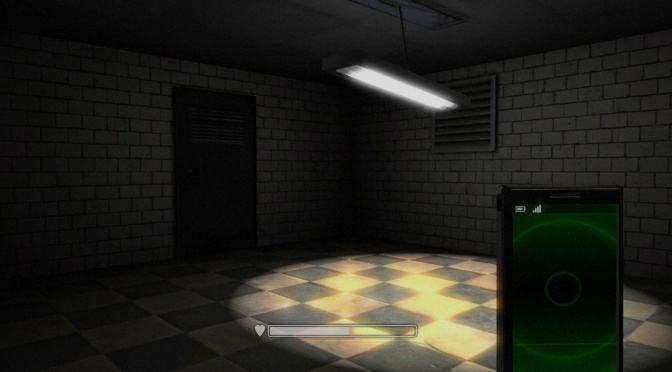 Camera ghost-bust-em-ups like Fatal Frame and Spirit Camera haven’t caught on here as well as they have in Japan, despite being solid ‘survival horror’ alternatives to the bigger names like Resident Evil and Silent Hill. Newer takes on the idea, like Outlast, have ‘westernized’ the gameplay, downplaying the ghostly side but broadening its appeal (and upping the scares). Though I’ve always been a fan, the last place I expected to find a more classic example like Vital Force ($1.00) was on the indie channel.

The story is light but ‘frames’ all of the different elements nicely. You’re an 8-year-old girl (her high-pitched screams will attest to that fact) that wakes up in an abandoned subway station with zero recollection of how she got there. Said station is also haunted, full of vengeful spirits and doors sealed by demonic magic, so it’s a damn good thing she’s brought her smartphone with. Ghost-busting? Yeah, there’s an app for that.

Enemies take the form of various floating apparitions, as well as spiders and scorpions, because, well, they’re pissed-off wandering souls when they die too. Your phone’s camera provides all the weapons / tools you’ll need, though, as each shot of its flash damages your attackers. Similar to Fatal Frame, you can score bonus hits by waiting for ghosts to get close to you, but between charges (yes, there’s a cooldown period, natch), your only defense is to run.

Using the camera and the built-in flashlight will drain your power, but with typical horror game logic on your side, you’ll find plenty of health kits and extra batteries scattered around the environment or stashed in ubiquitous lockers. Your phone also works as a compass and an early detection system (think Silent Hill’s radio emitting static), so there’s no reason not to keep it moderately charged up throughout.

If the light is green, your bathroom is clean.

Combat is broken up by some quieter moments, acquiring keys to locked doors and undertaking a side quest to hunt down magic runes, all of which can be found through some careful exploration. The game handles its scares and pacing well, and should last you a little more than an hour, capped off with a final boss showdown (and story revelation).

Vital Force doesn’t do much to dispel the image that it’s a budget-priced Fatal Frame, but that’s not a game you regularly see represented on the indie channel. Minus a potentially-annoying platforming segment (hint: your camera will help you plot a course), it’s all very straightforward and decent, and the impressive visuals and creepy aesthetics aid what already is a worthwhile addition to survival horror on XBLIG.