Avatar Maze Game (80 MSP)  is the sequel to Maze Game, and the bullet point on Willow Games‘ update is the inclusion of avatars. Much of everything else looks to be left untouched, which is to its detriment. As is the case in any endeavor that involves a maze, it all amounts to a bunch of trial-and-error pathfinding. Just ask mice. 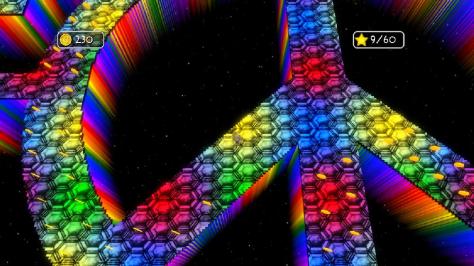 It’s very straightforward; as your particular brand of avatar, find the correct route. Hey, sometimes the simplest concepts provide the most entertainment. In most levels, you’ll need to find keys that will unlock the way forward and /or lead to the exit heart. In between, it’s all dead-ends, backtracking, and key-swapping, with a soundtrack ranging from decent to innocuous.

This is countered a bit by the ‘shop’ in the world level hub (that contains twenty individual mazes that call upon four or five different styles). Gathering coins within each stage will enable you to buy certain upgrades and skills, like increasing the available ‘zoom out’ view, the walking speed of your avatar, or the ability to clear colored barriers that lead to stars, the game’s chief collectible (finding all of them and completing the game unlocks a few new visual styles). While not revolutionary, the upgrades and perks are a nice touch to encourage collection and give the exploration some purpose. 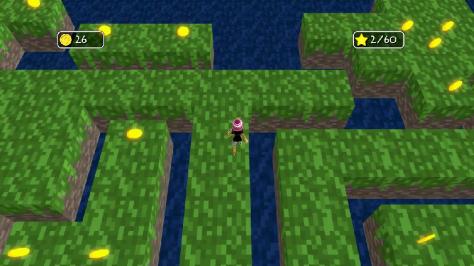 If you’re under the age of seven, this probably looks like fun to you.

Then it happened. Near the end, when I was ready to give the game a modest recommendation for the kindergarten set, Avatar Maze Game turned jerk-ish. It happened first on puzzle 11, then again (and more frustratingly) on stage 19, where it decided to marry the ‘starry’ theme of the level together with the floor you’re walking on, morphing the already trial-and-error wandering into trial-and-error-and-can’t-see-a-damn-thing-while wandering. Going slow and ‘feeling your way’ is the key, but who’s idea of fun was this? Note to developers: It is neither nice nor fair to booby-trap your game to the chagrin of others.

As a preoccupier (yes, I’m recreating it as a noun) for small children or the easily amused, you can squeeze an hour’s worth out of Avatar Maze Game, right up until the last few stages when the floor and background colors merge into a disingenuous pain. For grown-ass men and women, though, with much bigger responsibilities, better motor skills, and… you know… discerning taste, the prospect of wandering around simplistic or lost-in-the-dark mazes holds considerably less interest.